Book Review: The Book of Life by Deborah Harkness 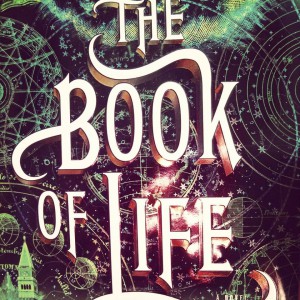 The last in the All Souls trilogy is a long, action-packed novel about the life Diana Bishop has made with her husband Matthew Clairmont, as well as how she’s come full circle from a historian who never used magic to one of the most powerful witches in the world.

Harkness brings more characters to the story, and more plot twists to keep readers interested. Both of these fit the story and characters well, and nothing seemed forced. The prose, however, was not as descriptive as Harkness had previously proven she is more than capable of in the first two novels of the series, A Discovery of Witches (2011) and Shadow of Night (2013).

As Diana and Matthew continue on their magical and horrific journey together, where pregnancy, familiars and death are the foci, nothing the characters did or said seemed out of place. Harkness built a world in A Discovery of Witches, and has managed to maintain everything she did since the first word of the saga’s beginning. Diana learns more about herself, her family’s past and her magic through practice and the guidance of supportive family and friends in the past and present. Each moment seems fixed, perfect, as if the characters were real and doing exactly as they would always do, which is the sign of a successful writer getting into the heads of her characters.

However, sometimes I felt Harkness was hurrying to get the novel started. The beginning ran at a different pace than the rest of her writing, in her previous novels and this one. It seemed as if she took a break (which is totally understandable, writing three lengthy novels from different points of view and set in a somewhat different world) and then tried to come back to writing immediately, instead of letting the writing come to her. But, after a chapter or two, Harkness got back into the swing of things, and her prose reached its systemically magical strength.

Also, I wished Harkness had not cared about page length in the third of the trilogy. When it came to the end of the novel, there was so much packed into such a small amount of pages, I was left wanting: I wanted detail, lists of daily activities, family issues, more dialogue and character development. The last chapter or two takes place over the course of several months, even up to seven, and it was just too short an amount of pages to stuff that much time into.

Harkness really is a brilliant writer. She understands the human condition, which, in my opinion, is what any good piece of writing is about. She understands pacing, showing a story, and being creative. Despite my past tentativeness with her books, she learned from her past, just like Diana and Matthew in her novels, and I truly hope she writes more in the future.

Deborah Harkness’ novels and nonfiction works can be purchased in stores and online at Barnes and Noble and Amazon.com. Check out NPR’s review of The Book of Life here, and Book-Alicious Mama’s review here.

Copyright © 2021 The Obsessed Reader. Theme by